In the Ground breaking Greeks project, your child will learn about different periods of Greek history, exploring the earliest civilisations, the devastation of the Dark Age and the breakthroughs and developments of the Archaic and Classical periods.

They will understand how the geography of Greece affected the development of city states and explore Athens, learning about the structure of the government and society. They will get to know some of the most significant Athenians and understand why Greek art, culture, architecture, philosophy, medicine and mathematics were so significant.

Your child will learn about the leadership of Alexander the Great and discover how ancient Greece became part of the Roman Empire after the Hellenistic period. They will explore how the Romans respected and developed Greek ideas, making them their own and spreading them throughout the Roman Empire.

To end the project, your child will live a day as a Greek citizen - engage in debates and participate in a Greek feast. 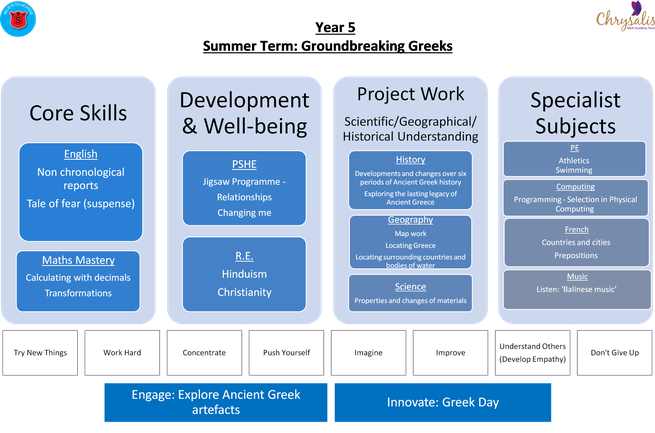